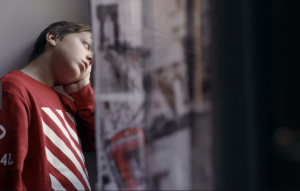 October time, about three to four weeks before the first AQE test, has always been a particularly difficult period for some families doing the transfer test.  Some children may start to feel they are now well-ready for the test and so become bored and despondent with the whole saga, whereas the parents (guilty as charged) continue to seek that incremental piece of knowledge that could make all the difference (with that one extra mark), or find that pesky, silly mistake to be eradicated for good.

Unfortunately, it’s also around this time that the child’s test marks can be seen to go up and down at breakneck speed and little-Johnny’s scores become less predictable, so parents start to panic even more as they worry that all their hard work to date and money spent on tutors may have been in vain.

This is not uncommon so don’t panic. 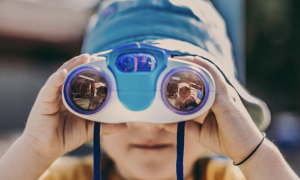 Let’s see it through the eyes of a child…

Imagine you’re back at school, it’s March time and you’ve just started to study the periodic table in Chemistry. You teacher explains it and you think you’ll never get it, but after several lessons you start to get the hang of it and you’re pretty good around May.  Then your teacher starts to give you regular tests on it and at the start you’re a bit wobbly, but it’s not long before you learn to spot all the common tricks, so before you go on holiday at the end of June, you’ve pretty much nailed it and getting a decent mark.  You hit the summer holidays and when this used to be a time of kicking back and chilling, your mum now tells you that this is serious and keeps testing you throughout the summer on the periodic table and you get it’s important so you work with her to ensure that you’re ready in September to be the best you can.  September comes and you return to school, excited to be the biggest and looking forward to a new year but all you hear is talk of the periodic table and your teacher keeps testing you. Oh boy!!! Stopppp! You feel you know it already! Why is everyone making you do test after test on the same thing?  That’s when you stop caring (for now) because you know that these stupid tests don’t actually matter but the big-bad-real ones do and that’s when you tell yourself you can up your game again. This is also when your parents become concerned as the marks are dropping, but you know you it’ll be ok as you didn’t really try on that last one. 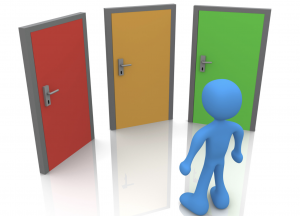 If this is your predicament, there are a few options:
1. Give up on the whole process and if that’s your decision then no-one would judge you for that.
2. Give up on any further revision but let the child sit the test anyway to see how they get on. They may well do brilliantly.
3. Find ways to re-energise the child to get them back into a position where they are enjoying learning again and the notion of the pending AQE / GL is not with them all day and night. 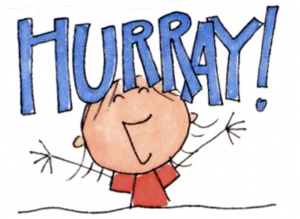 What we can do to spur them along.

Idea 1: Stop focusing on the score they achieved at school.

Many parents would anxiously wait of their child to come out of school on test-day and instead of the “Hi darling, did you have a good day?” would say, “Well darling, how did you get on in the test today?” Again, I’m as guilty as any other parent for doing this in the past but if a child is struggling, we need to be more conscious of their feelings and support them by trying to reduce this AQE / GL focus within their lives.  Trust me, you’ll know how they they got on later when they choose to tell you, so there really is no urgency to discover that score at 3:17pm after school – just wait.

The other thing about the test score is that you can’t show any disappointment.  When my children came home after school and told me they got 60%, 46% 70% or whatever, I simply said “Great, and do you now know where you went wrong because that’s the only reason for doing the test in the first place?” More’s the point, I genuinely believed this so it wasn’t an act, but admittedly I would have to hid my shock if the score was very low and I had to keep despair at bay. 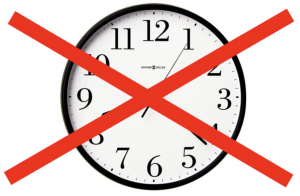 Idea 2: Stop the cycle of 1hr white-paper mock-testing at home.

Whilst I remain unconvinced that doing between 50 and 100 white-paper mock-tests is the best way to learn, let’s assume that it’s necessary and accept that it’s the traditional way we prepare for the test in Northern Ireland.  It will certainly highlight areas of weakness but I think at this stage, in October, the kids have reached a point where they are just fed up with the never-ending process and routine.  By now you should be well aware of their weak areas, so I think the ‘lock the child in a room for 1hr and go over corrections later’ now needs a face-lift. 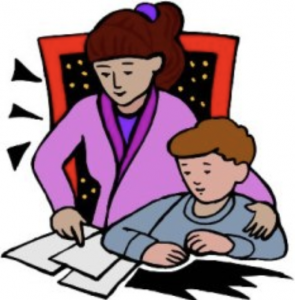 Idea 3: Do the test orally with the child.

I have found this idea worked a treat with some of my kids when they just lacked energy. Instead of giving them silence and a pencil for 1hr, I sat with them and scanned through a white-paper test (I never suggested you throw them away) and just went through it, lightly and quickly – still on the search for areas that I could help with.

So, for example, a question about the ages of 4 boys and you are asked to work out the average. I would ask the child what they would do and if they replied, “Total all the ages in years and months, when it’s over 12 months make that another year, then divide total by 4” that would do fine by me.  In the 20 seconds it took to do that question, I was able to check how they would approach it and then moved on. I didn’t need them to practice their ability to add which would really just be a waste of time and quite unexciting.

Another example may ask them about co-ordinates, which is a topic that I know they’re already great at, so I may well move over these and say, “Ah, you know these…..next!”

Really, if we go back to the fundamentals and ask why we are doing so many tests, it’s just to help them plug knowledge gaps (along with silly mistakes) and this can be done a lot quicker by doing the test with the child. You will probably also find that the child responds well to this and becomes happier with the whole process of AQE and GL revision.

Idea 4: Ask the child to judge themselves in English and Maths topics.

As well as the judgement we may have on the child’s strengths, openly ask them where they think they are strong and where they think they need extra support. You may already be using The Transfer Tutor’s Online Quizzes, but if not, that’s ok, but you can still use the quiz topics as a guide – click on English or Maths for the topic headings.  My suggestion would be to go down each of them and ask the child to rate their strength from 1-10 for each area and then naturally just focus on the low number ones.  This will provide incremental learning and progression that will hopefully help on the big day.

Obviously, The Transfer Tutor Online Quizzes has a fun element (unashamed plug :)) but you can come up with lots of fun and creative exercises to help your child learn. Think about kinesthetic learners who learn better by touching, so for example, you could have a number of straws and ask the child to make different shapes, right-angled triangle, scalene etc. with the straws. Another example would be to make flash cards where one side is a homophone with a nice picture to represent its meaning and the other side is the opposite homophone with another picture. I’m sure Google could also help if you’re struggling with suggestions of fun lessons for certain areas. What’s important, for those children that are fed up, giving up or struggling, we need to try to give them something different to see them through to the end and by only focusing on their weaker areas they can get their own, genuine sense of achievement when they have their eureka moments.

Idea 6: Have clear dedicated time, don’t run over and run away afterwards.

If the child knows that he will only have to work between 5pm-6pm (or whatever) then they are likely to be happier to give some dedication to it, but it’s really important that you don’t run over the 6pm and when it’s done, it’s really done. After this time, it should not be spoken about anymore and it would be advisable to get out of the house and away from the environment where the smell of AQE / GL lingers.  Running away afterwards is perfect to clear the mind (for you and the child) and it could simply be to visit a friend for a coffee, going to the supermarket or even a nice walk in the park – but making that break to be utterly clear that you are keeping up your side of the bargain, that 6pm is end-time, is absolutely necessary.

Any other ideas? Sure let me know. Hope this helps. ♥ 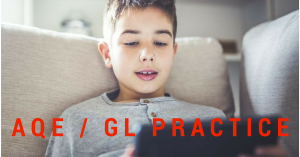 The Transfer Tutor is an online site dedicated to providing fun and interactive quizzes aligned to the AQE / GL specifications.  All quizzes are broken down into manageable topics and can be done on any mobile or tablet device, so is an great way for kids to prepare for the test.  The quizzes have been a great success with parents and kids and has already received a lot of 5* Facebook Reviews, so definitely worth a look.   To give you a feel for the quizzes, start the free quiz by clicking on the button below.  I hope you enjoy and to get access to over 30 quizzes in Maths and English click here for membership options.